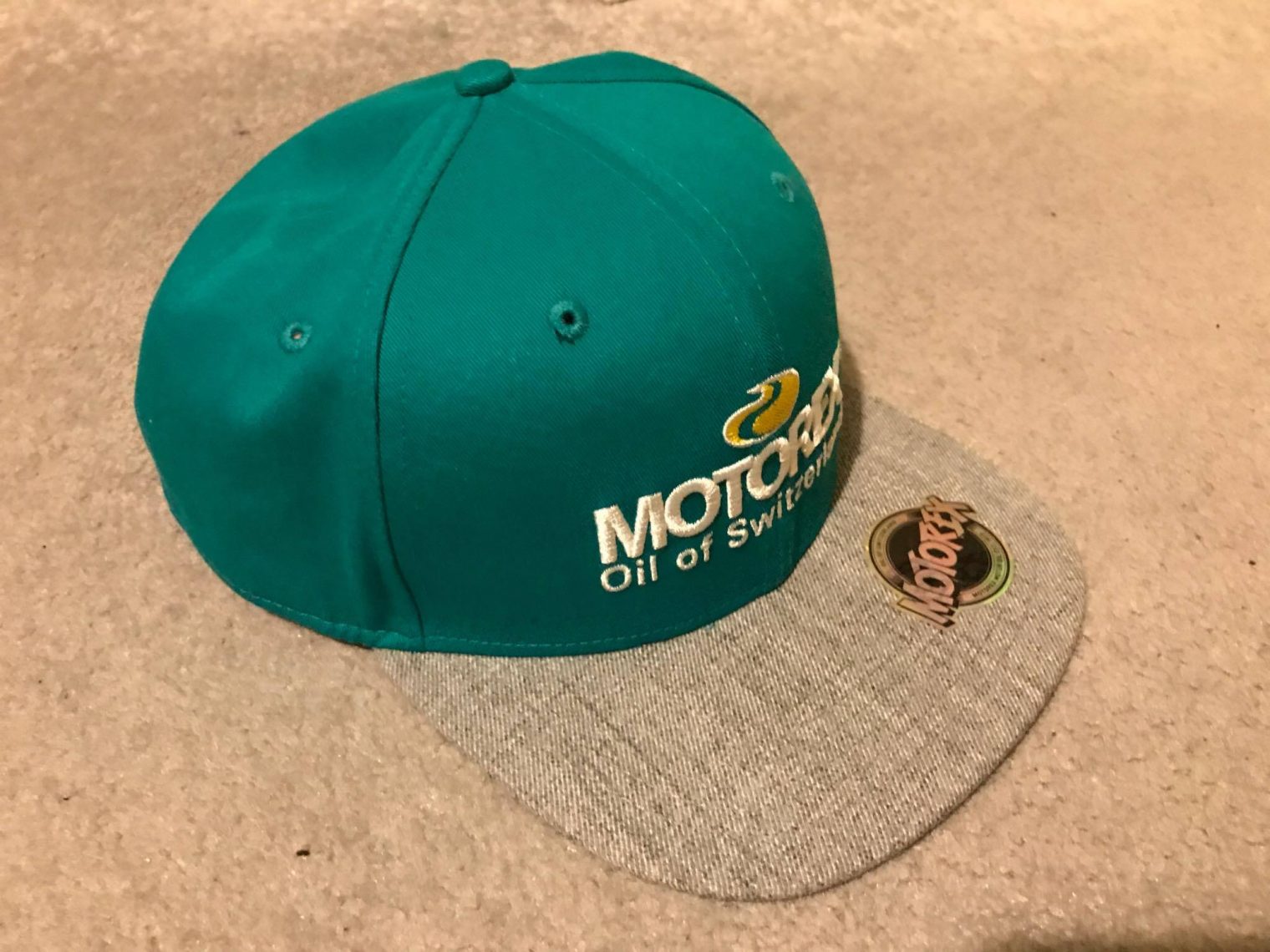 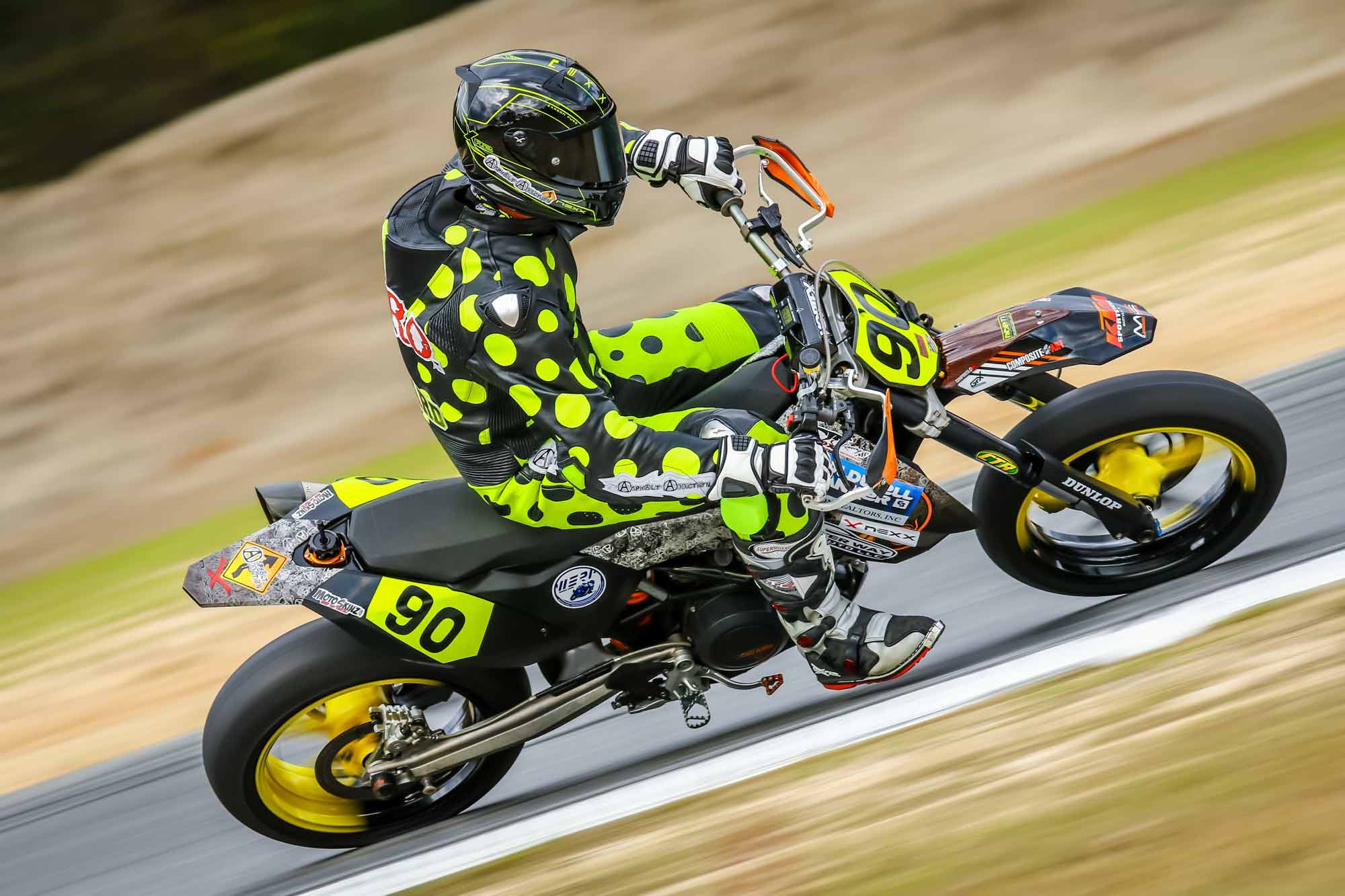 “2018 for the Asphalt Addiction Race team has been one for the history books for sure.

Perry Prichard, rider #90 decided to use a KTM 690 SMC. which is a bike not typically seen on a road race course competing against larger more powerful sportbikes,  Throughout the season it was clear that the handling of the bike was spot on, but very low on power in comparison to his competition.  So Derek (Team Crew Chief) and Perry decided it was time to start searching for companies that offered performance parts for his KTM.  However, that search was quick and short since there were NONE found in the US.  Then somehow Perry was able to come across a guy by the name of Lyndon Poskitt, who fortunately was a specialist with tons of experience with the KTM 690 bikes.

We reached out to Lyndon and quickly found that he was a GREAT guy to work with and had TONS to knowledge about the bikes and how to make them Stupid Fast.

Over the course of the season Perry and Lyndon spoke on many occasions discussing set up and performance.  It proved to be the PERFECT relationship.  Perry purchased the recommended parts from Lyndon Poskitt Racing, Perry followed the recommendations of Lyndon and ended up with a KTM 690 SMC that would was SAVAGE.

Perry knew he had something special the first time he rode it and then went on to win 6 W.E.R.A. Roadracing Regional Champions and the 2018 “D” Superbike NATIONAL CHAMPIONSHIP.

Perry Prichard states, “I”ve always had a love for Supermoto bikes and like being different which is why I made the decision to use the KTM 690 SMC for racing this season.  I immediately figured out that I was not only up against some really fast riders, but super fast bikes as well.  I had my work cut out for me, but once I got the help from Lyndon my confidence went through the roof and knew I had a weapon to properly compete.  Yes I did win a ton of races, yes I ended up winning regional championships and a National Championship, but the most important part of all this…I received a great deal of help and support from a great guy.  I could never have done what I did without LPR Performance Parts of the advice from Lyndon himself.  Thank you for all your support”.

Tagged CamshaftKTM 690 SMC
We use cookies on our website to give you the most relevant experience by remembering your preferences and repeat visits. By clicking “Accept All”, you consent to the use of ALL the cookies. However, you may visit "Cookie Settings" to provide a controlled consent.
Cookie SettingsAccept All
Manage consent

This website uses cookies to improve your experience while you navigate through the website. Out of these, the cookies that are categorized as necessary are stored on your browser as they are essential for the working of basic functionalities of the website. We also use third-party cookies that help us analyze and understand how you use this website. These cookies will be stored in your browser only with your consent. You also have the option to opt-out of these cookies. But opting out of some of these cookies may affect your browsing experience.
Necessary Always Enabled
Necessary cookies are absolutely essential for the website to function properly. This category only includes cookies that ensures basic functionalities and security features of the website. These cookies do not store any personal information.
Non-necessary
Any cookies that may not be particularly necessary for the website to function and is used specifically to collect user personal data via analytics, ads, other embedded contents are termed as non-necessary cookies. It is mandatory to procure user consent prior to running these cookies on your website.
SAVE & ACCEPT